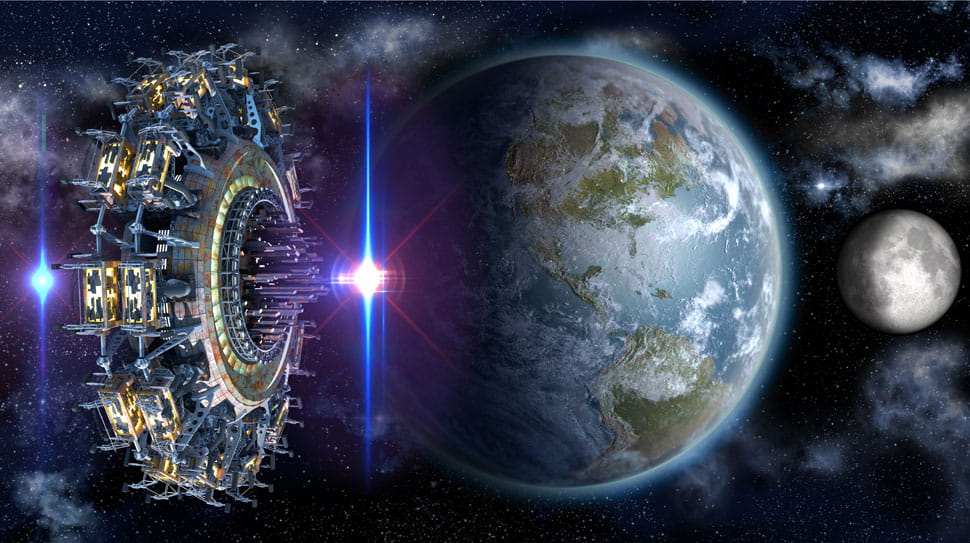 Society has always been cosmic. In ancient China and Egypt daily life was organised around the movements of the sun and the heavens,while many believed that gods needed to be worshiped for social order to be maintained.Today, society is increasingly involved in the use of outer space, with satellites an essential part of today’s communications systems.Outer space is also being progressively used for military and surveillance purposes. Satellite guided drones, for example, are being used to observe and attack Taliban and Al-Qaida operatives in Afghanistan, while tracking stations for the United States’ Strategic Defence Initiative, or ‘Star Wars’ programme,are still being proposed for Poland and the Czech Republic.

Like the dreaded Death Star in the fictional Star Wars saga, there is a real danger of advances in space being led by what is technologically possible, rather than what is socially and environmentally desirable.