When asked ‘What is Sociology?’, the simple answer is that it is ‘the study of society’. But what does this actually mean and entail? Primarily, Sociologists are interested in what people do and why.

In addressing this question, a central concern for many sociologists is the tension between structure and agency. Agency refers to the outcomes of the individual choices and decisions that we make, while structure describes the social forces and influences we are all subjected to. Though most of us would like to think of ourselves as the authors of our own destiny, it is evident that humans are largely tribal. Human behaviour is not random, but follows patterns and trends, which are often shaped by forces outside of our control. 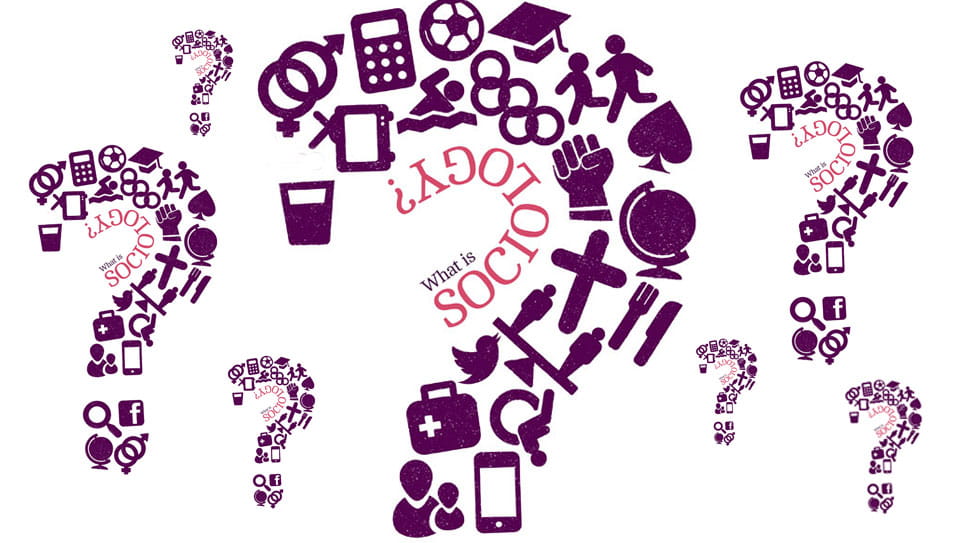 On the 15th April 2013 two homemade explosive devices detonated during the annual Boston Marathon, killing three people and injuring over 250 others. In the wake of this horrific incident,                     politicians all over the world began sending their condolences to the people of Boston and offering their thoughts on the events surrounding the attack. The Canadian Liberal leader, Justin Trudeau, expressed the need to look at the ‘root causes’ of the bombing – to seek to understand why individuals would actively plot and carry out an act which was destined to kill and injury so many. In response, his political opponent, and Canadian Prime Minster at the time, Stephen Harper, responded to Trudeau’s comments by stating that now was not the time to ‘commit sociology’.

Prime Minster Harper suggested that “these things are serious threats – global terrorist attacks, people who have agendas of violence that are deep and abiding threats to all the values that our society stands for”. The Prime Minister continued, “I don’t think we want to convey any view to the Canadian public other than our utter condemnation of this violence”. In other words, bad people do bad things, full stop. And to attempt to understand why, is tantamount to justifying their actions. But is it enough to just assume that bad people do bad things? This position does not help us understand global terrorism, nor the complexities of world politics and conflict. But Sociology does.

The American Sociologist C. Wight-Mills described Sociology as a ‘craft’. It is a tool that allows us to see that our private troubles, most often, have a wider cause and consequence. For Mills, Sociology is therefore a promise – a promise to help us better understand the world we live in and how it works. Sociology helps us understand why people support the football teams that they do, why so many of us use Facebook, why women on average get paid less than men doing the same jobs, or what terrorism is, and why it occurs. Sociology is a subject that seeks to tackle and provide explanations for why people do what they do, and how we can see discernable patterns and trends in human behaviour. Hence, Sociology is a both an interesting and extremely useful subject.

Under the 'More Resources' menu, you will find a number of pages which explore this fascinating subject further.

Fascinating and empowering, studying sociology is just like taking the ‘Red Pill’ in the Matrix and seeing how deep the rabbit hole goes.